RFID is Radio Frequency IDentification. It is an automatic identification technology whereby digital data encoded in an RFID tag or "smart label" is captured by a reader using radio waves. Put simply, RFID is similar to barcode technology but uses radio waves to capture data from labels (tags), rather than optically scanning the barcodes on a label. An RFID reader does not require the tag or label to be seen to be able to read its stored data, but of course a label may be printed with a barcode and other text. An RFID printer programs the RFID chip in a label and also prints text and/or barcodes on the label.

RFID jargon explained - this glossary has definitions of a number of terms used in RFID. 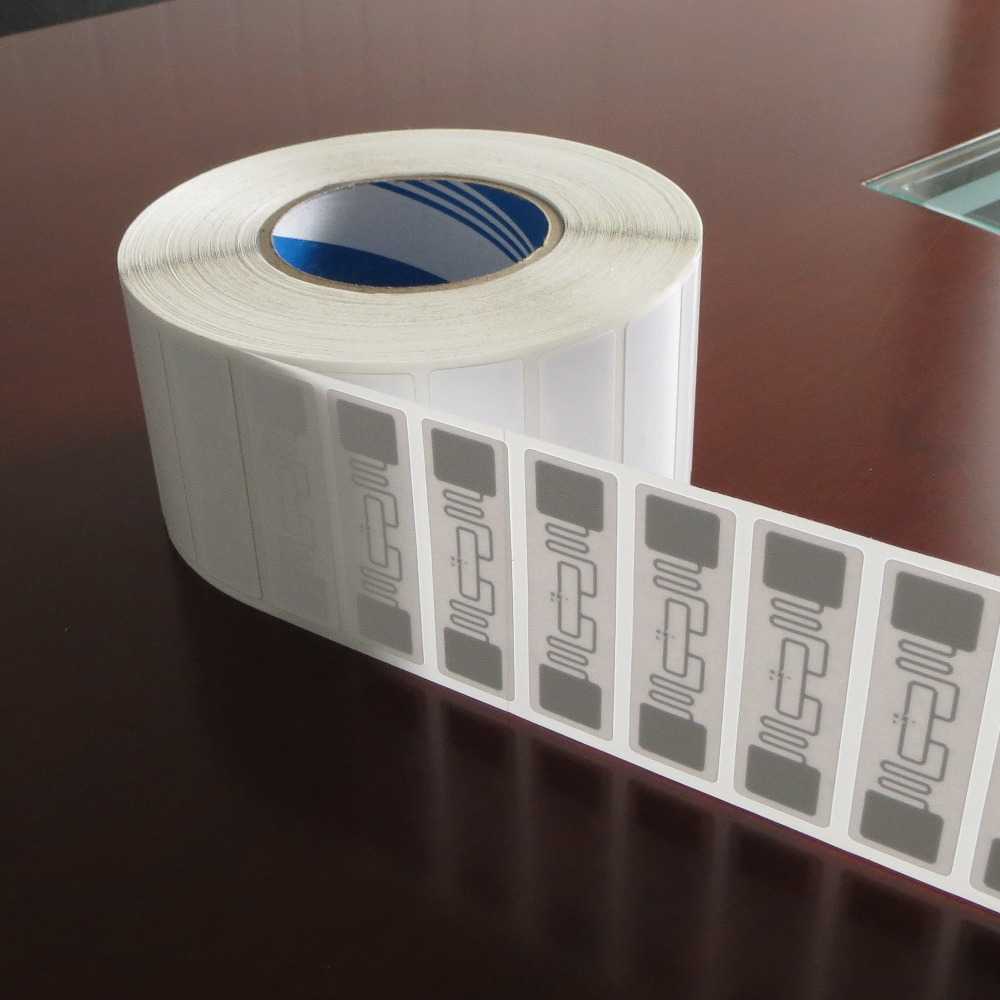 Tags that use batteries as a partial or complete source of power to boost the effective operating range of the tag and to offer additional features over passive tags, such as temperature sensing.

The ability to address bits, fields, files or other portions of the storage in a tag.

The orientation of the tag in relationship to the reader.

A device that conducts electromagnetic energy. In RFID, an antenna radiates energy in the radio frequency spectrum to and from the RFID tag.

The broad term which encompasses bar coding, RFID, and other electronic technologies that electronically identify and track goods.

A standard method of identifying items based on lines of varying widths and spacing that are visually read by a scanner. The UPC bar code standard provides a way of identifying manufacturers and product categories. Other types of bar codes are used for shipping and other kinds of item identification. See also Scanner and Universal Product Code (UPC).

In RFID, a tag that can be read or written from either side.

The amount of information that can be programmed into a tag. This may represent the bits accessible to the user or the total number including those reserved to the manufacturer e.g. parity or control bits.

Region of the scanner field in which a tag will operate.

A system in which relevant data regarding the attributes of the object is stored in a common data base, accessible via data link by referencing the individual ID code. It usually refers to a system under the control of a single owner or authority.

The term Contactless smart card refers to identification cards (for example, some credit cards) that do not need to make contact with the reader to be read, or swiped in a special slot. This capability is implemented using a RFID tag in the card; the intent is to provide the user with greater convenience by speeding checkout or authentication processes.

The rate at which data are transferred between the reader and a tag, generally measured in bits per second (bps).

An RFID reader used on a desktop, often connected by USB to a PC.

High Gain antennae provide more power to the tag if the tag is in the direction of the antennaâ€™s main beam.

A service from the EPCglobal Network that allows companies to search for every reader that has read a particular EPC tag. See also EPCglobal.

A network infrastructure of the EPC Network that allows companies to store EPC data in secure databases on the Web. Companies can set the level of information access for different types of organizations, from supply chain providers to manufacturers, to everyone.

A non-profit organization with the mission of commercializing EPC technology. The Uniform Code Council and EAN International, which set and maintain bar code standards in North America and internationally, set up EPCglobal.

The Internet-based technologies and services designed for EPCs.

The manufacturer's default setting on a read-only tag or chip or peripheral device.

Far Field is far range (usually more than 1 metre) RFID reading. In far field communication backscatter is used. Backscatter is the reflection of the radio frequency wave when it hits a conductive surface.

The programming of information into a tag after shipment by the manufacturer, either by an OEM customer or end user. Field programming is often related to the tag's target application.

Start up and input-output instructions 'burned onto' a chip in RFID-enabled printers and other devices.

Flat antennas that are generally made of metal plate or foil and embedded in a label or other material.

RFID systems that operate at 13.56 MHz with a typical maximum read range of up to 3 feet (1 meter).

An RFID reader with built in antenna.

An international association that manages the process of setting global standards for communications and information exchange.

A manufacturer of RFID devices.

A term that denotes a simple RFID technique that carries only a serial number on tags. The serial number is associated with information in a database.

RFID systems that operate at about 125 kHz with a typical maximum read range of up to 20 inches (508 mm).

RFiD operating at a frequency of 2.45 GHz.

A mismatch between data as read by the reader and the data programmed on the corresponding tag.

The ability of a reader or other RFID device to read many individual tags at the same time.

Near Field is close range reading of RFID tags, up to say 1 metre. In near field communication the tag communicates with the reader by electromagnetic inductance.

The optimal level of operation for a system.

The normal range at which a system can operate reliably, under normal conditions.

Capability of a tag to operate in any orientation.

Placement of a tag in relationship to the reader or scanner.

The most common RFID tags, in which a reader transmits an energy field that â€œwakes upâ€ the tag and provides the power for the tag to operate.

Refers to the ability of a particular radio frequency to pass through packaging and other materials.

A measure of the amount of RF energy radiated from a reader or active tag, usually measured in volts/meter.

The ability to enter and store data into a tag.

A method of transmitting information using radio waves. RFID systems typically consist of a tag that contains information identifying an item or specifying a condition or state. A reader communicates with the tag and reads the information programmed into its memory.

The distance at which a tag can be successfully read or written to by the reader.

The process of retrieving the information stored on an RFID tag.

The distance from which a reader can communicate with a tag.

The maximum rate at which data can be read from a tag, generally expressed in bits per second (bps).

Refers to tags that can receive new data while they are attached to product, such as tags that store a record of shipment information.

Refers to the ability of a reader to obtain data from a tag, generally under difficult conditions.

The device that retrieves information from tags using radio waves. Readers generally receive data from tags and transmit data to host computers or peripheral devices, such as a printer.

Many applications require that new data or revisions to data already in the tag, be entered into the tag, while it remains attached to its object. The ability to read from and write data to the tag while attached to its object is called in-use programming. Tags with this capability are said to be re-programmable and are called read/write tags, memory cards or memory modules

A device that produces an electronic signal in response to something in the environment.

Refers to a label that usually contains both a traditional bar code and an RFID tag. As bar codes are printed on smart labels, information is also encoded into the RFID tag by the printer.

A combination of a microchip and antenna that can be programmed with information to identify items and transmit that information to a receiver. Some tags can also receive new information, such as location information during shipment.

A manufacturer of RFID readers.

RFID systems that operate at multiple frequencies, including 868 MHz (in Europe), a band centred at 915 MHzin the US. Read range is typically 3 to 10 feet (1 to 3 metres), but systems operating in the 915 MHz band may achieve read ranges of 20 feet (6 metres) or more.

The organization in the United States that sets and maintains the Universal Product Code (UPC) bar code standard.

To assure that the intended operation was correctly performed.

The transfer and, generally, verification of data to a tag.

The rate at which information is transferred to a tag, written into memory and verified.

eXtensible Markup Language (XML): A widely accepted way of sharing information over the Internet in a standard, generic way.

The 5 processes of Document Management